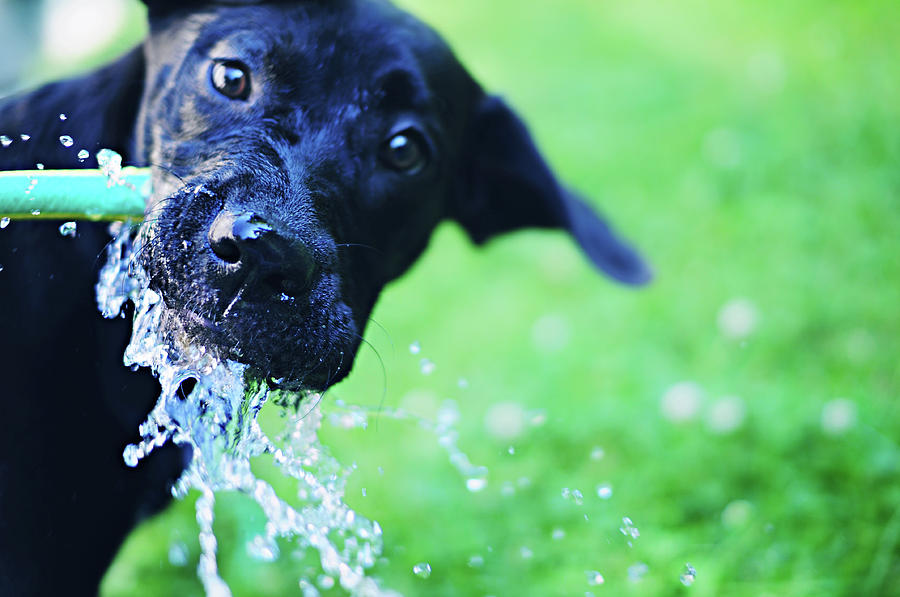 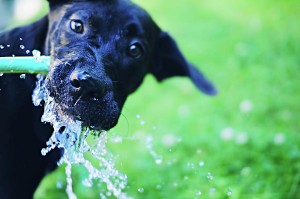 Many people know that the Irish are a nation of tea drinkers. It is less widely recognised that certain Irish dogs are also known to enjoy the same drink. Many owners have told me that their pets regularly join them for a cup of tea. Some dogs even have their own particular tastes – ‘milk and two sugars’ seems to be the canine favourite.

There is nothing wrong with dogs (or cats) drinking tea – why should this social drink be reserved exclusively for the human race? However, such beverages are not an essential part of a pet’s routine – most are happy with a simple bowl of water.

Water itself is a very important substance. Most animals can live without food for several weeks – they will lose weight, but they will survive. If an animal is deprived of water, it will die within five days – or sooner in hot weather. Over two thirds of the body is made up of water – the bloodstream, the interiors of all cells, the brain itself, and indeed most body organs – all of these structures have a very high percentage of water. Water is constantly lost from the body – in urine, faeces and by evaporation in the breath and from the skin. If this water is not replaced, an animal rapidly becomes dehydrated, collapses, and passes into a coma. Death soon follows.

Most people realise that provision of a constant source of fresh water is an essential part of good animal care. Most cases of dehydration are not due to neglect by an owner, but occur following illness. Animals suffering from vomiting or diarrhoea lose large volumes of fluid from either end. They simply cannot drink enough water to prevent dehydration from developing. In liver and kidney disease, the body loses its natural ability to maintain the correct balance of ‘water in, water out’, and dehydration often develops as a consequence. There are many other disease conditions which have the same result.

Dehydration occurs more rapidly in hot weather. Animals lose large amounts of water by panting to stay cool. If a healthy animal is left in a warm place (e.g. a conservatory) with no access to water, life threatening dehydration can occur within an hour. 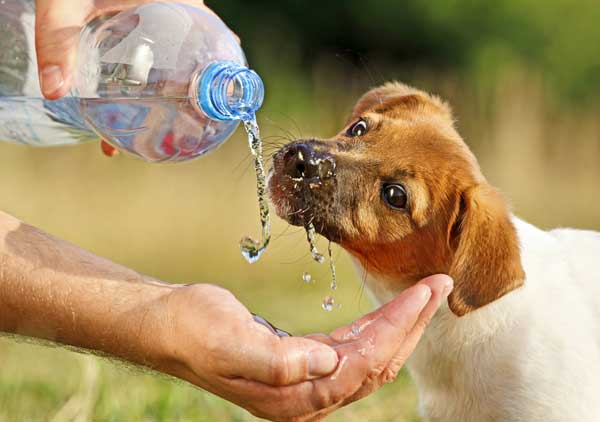 A dehydrated dog is usually quite obviously an ill animal. Weakness and dullness are noticed by the owner, and there are certain physical signs which a vet uses to assess the situation. The gums become dry and sticky, the eyes sink into the head, and the skin loses its elasticity. A blood sample may be taken to assess the severity of the problem. If a dehydrated dog is brought to the vet soon enough, life-saving treatment is possible, using sterile fluids given by slow drip infusion into a vein.

People often worry that their pet never drinks water. This can be for two reasons. Firstly, there is a high water content (over 80%) in many tinned petfoods, so an animal may be obtaining all the water it needs from its food, without drinking. Secondly, some pets are fussy about the type of water they drink. Many dogs seem to dislike tap water – perhaps they are sensitive to the chlorine and other additives. Their owners often notice that they happily drink rainwater from puddles. Such animals should be given rainwater in their drinking bowls. If this is not available, cooled boiled water from the kettle is often acceptable.

A minority of pets have taken this fussiness a stage further, and a surprising number of Irish pets are confirmed devotees of Ballygowan Spring water. At least they won’t become dehydrated!